Time Itself (as if separable from TimeSpace)

also published, not exclusively, on Medium.com 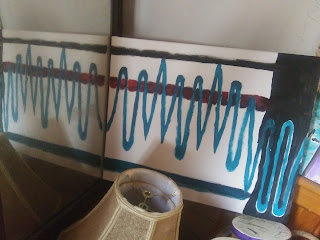 Off the top of my head on 2021, October 17, afternoon in Dutchess County, New York State. I ponder upon “Time Itself”. Time is a major part of our world, of the entire universe. Reality is based upon time itself, somehow. What is time if not one of the primary and fundamental forces which exist.

Humans are at the whim of time; we are merely mortals. Time flows and everything we do can be washed away in its flood. But if it is like water, consider this: water can hang in the clouds floating above, it can rain down into the land, and it can seep into the houses we live. However, time permeates everything, everywhere. It doesn’t have to rain or drip or soak in — time is already there, always all-pervasive.

Time does proceed in one direction, which is forward time-flow. It exists as a moment; in other words, the present. It proceeds step by step as that moment gives way to the next, always, continuously. The next moment and any of them before we reach them, are colloquially called “the future”. If we think back upon the ones that were before the present moment, those are colloquially called “the past”. I have to ask, do these moments before or after actually exist? Because it seems that the only moment which definitely exists is the one right now. The future exists in our plans. The past exists in our memories.

Can time ever be stopped? No. It is an absolute. Virtually and with altered consciousness, time can be stopped in the mind. That is the object of meditation, also known as Samadhi. Time is one of the most powerful things in all possibility. It is a greater concept beyond all others. Time is perceptible through any movement, even the most slightest and tiny. In fact, any and all motion is dependent and integral with time. It is the principle of relativity. If anything moves in relation to anything else, then time has been felt.

The only way, I imagine, that time can be stopped is if nothing, absolutely nothing moves out of its place. That is impossible. It’s never going to happen. That would mean that the whole universe froze to absolute zero. Nothing moves, not even the infinite vibrations of the infinite atoms with all their trillions upon zillions of electrons and subatomic particles. Therefore, forget about it! We are required to accept time; we can merely work around it.

Time is an enigma. It is a mystery, declares MysterEy1. 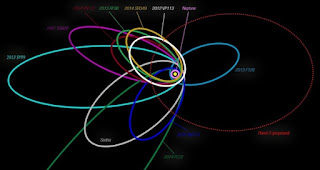